Not Just a Room with some Beds

Home » News and Events » Not Just a Room with some Beds 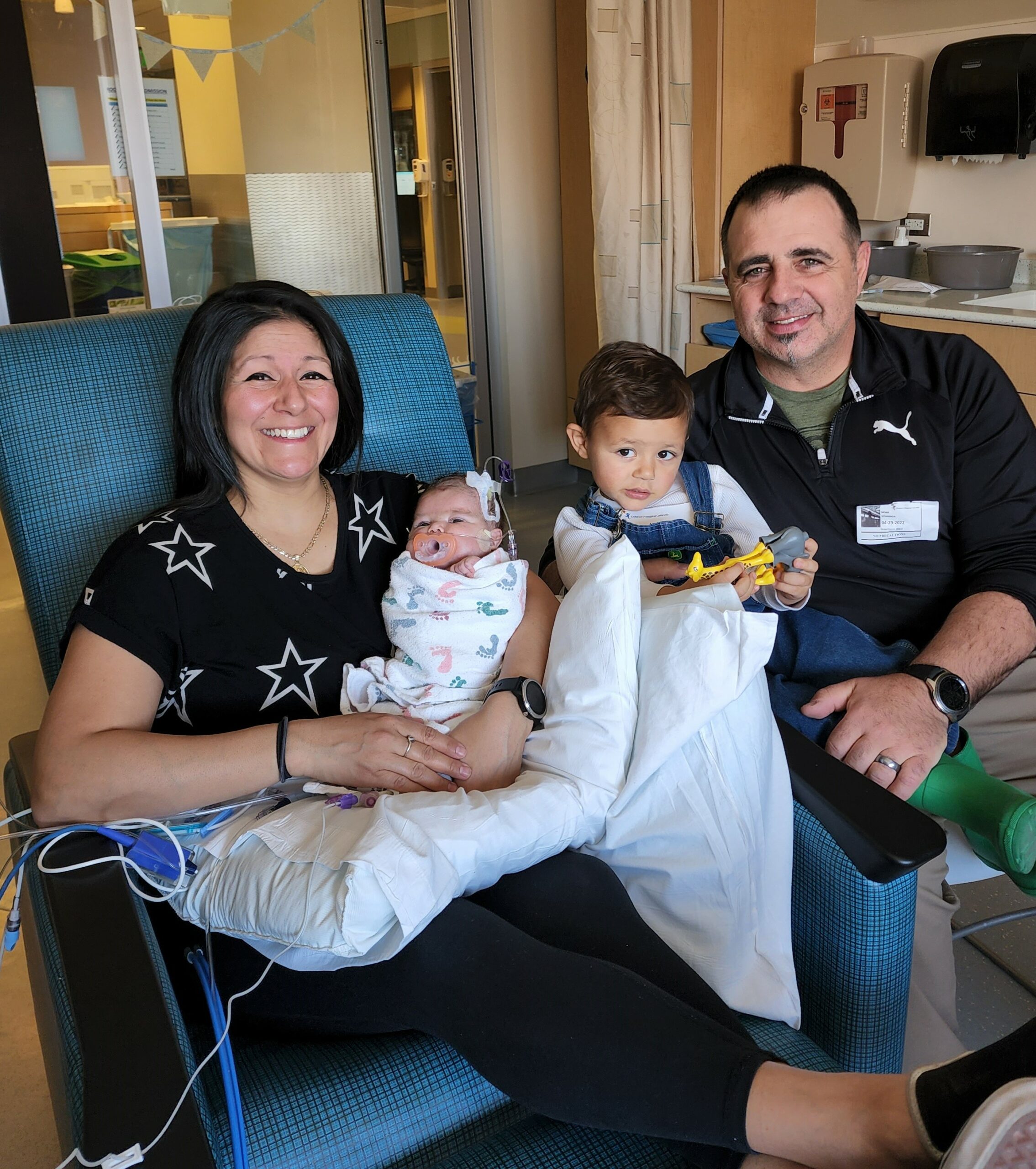 27 Jun Not Just a Room with some Beds

Posted at 10:18h in News by Jonna Busack

Imagine how your outlook would change if, just five months into your pregnancy, you were told that the emergency care needed for your unborn child was 750 miles away.   It’s a story that Noah and Judy Scharaga know all too well.

During a routine appointment with Judy’s OBGYN in their hometown of Las Vegas, Nevada, the couple learned that their baby boy had a bladder obstruction, causing it to grow in size and push against his kidneys.  Because dangerous cysts were beginning to form on the kidneys, the couple was faced with having to choose from several daunting options to provide care for their unborn son.  Choices that Noah called “dismal”.

Ultimately, the couple elected to go to Children’s Hospital Colorado where mom and baby would undergo an experimental procedure that would place a shunt inside the baby’s bladder.  At that time, the couple remained in Colorado for two weeks and, while they had the option of staying at Ronald McDonald House-Denver, they elected to stay in a hotel instead.

Because of the seriousness of the situation, doctors recommended that the couple return to Denver to deliver the baby where it would be easy to begin care immediately once he was born.  So, back in Las Vegas, the couple made plans.  Now understanding how expensive a hotel stay can be, they decided to stay at the Aurora Ronald McDonald House this time.

In February, Baby Angel was born in Denver.  He was stable for just 8 days before his kidneys failed and Angel would need to begin dialysis treatments.  It would be the beginning of a long a difficult medical journey for the family during which they would have five near-death experiences with their newborn.  They learned to count on Ronald McDonald House-enver for stability and comfort during the unimaginable time.

“If [Ronald McDonald House-Denver] hadn’t been here, I would have probably either lost our house in Vegas or had to stay in Vegas with my wife here by herself,” Noah explained.

While cost may have been their deciding factor, the family quickly learned of all Ronald McDonald House had to offer.

“I realized this wasn’t just a room with some beds in it,” Noah said.   “This is about the family.”

When they first arrived, the couple came without their other son, 3 year-old Noah Jr. who stayed in Vegas with his grandma.  As they looked around the cozy House at all of the shared spaces including multiple play areas for kids, Noah says he realized that they should’ve brought the whole family.   After a time, they eventually would, with Judy flying home to get him.

Now with the whole family here, the couple takes turns at the hospital – one stays with Baby Angel while the other stays with Noah Jr.  Their days away from the hospital include trips to the zoo or aquarium with donated tickets, or time spent on the playground.  According to Noah, having the family together allows for a good distraction. 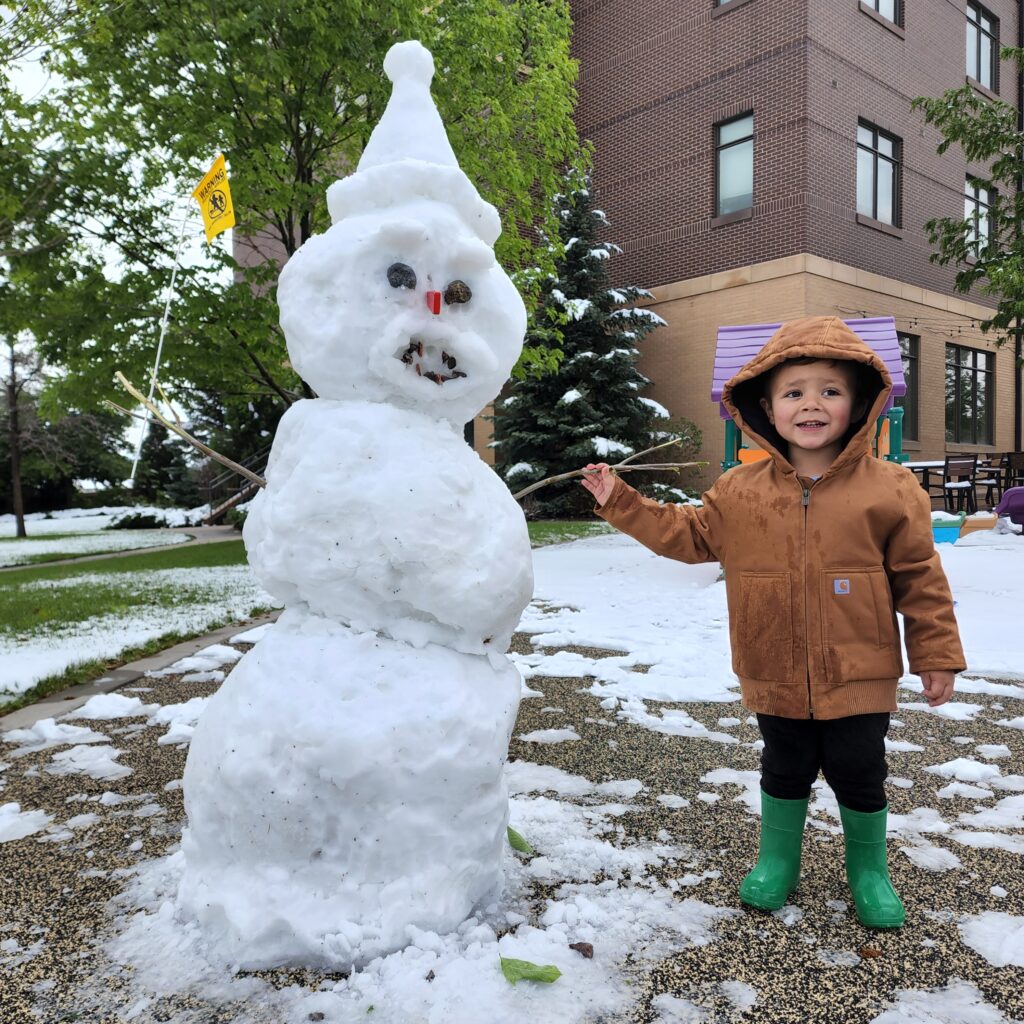 “It brings normalcy to the whole situation, he said.  “If you’re looking sad or frustrated or mad, the kids don’t really know what’s going on.  So everybody’s happy,” he added.

For the couple, living in a place surrounded by others in a similar situation has also proven to be an added benefit.  Talking with others staying at the House is almost like counseling, he said.  For him, it’s a reminder that he’s not the only one caring for a seriously ill child.

“To watch people leave is exciting.  To know that they’re leaving the hospital because their child gets to go home.  It gives you hope.  And, if you don’t have hope, it kind of gets a little dismal,” he said.

Today, Noah says Angel is “on a good path.”  He’s grateful to supporters who keep the doors of Ronald McDonald House-Denver open.  Asked what he would say someone who donated to RMHC-Denver he says, first, “he’d give that person a big hug” because, to him “that person is now family.”

“You helped us take care of our child that is in the hospital.  So, thank you.   Thank you from the bottom of my heart,” he said.